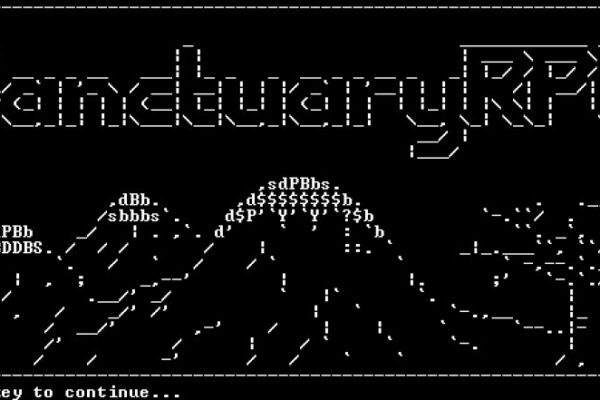 You know back-in-the-day when text based adventures were massively popular? Entire worlds came to life with nothing more than text on a screen, and you explored the mysterious world using the power of vigorous typing. SanctuaryRPG is kind of like that, only with graphics… but not as we know it. Curious youngsters and the grumpy old folk who played games like NetHack and Rogue should know what ASCII is, but for the uninformed, ASCII is essentially graphics through the power of letters (and punctuation etc.). In short, it’s old…really old.

Steam has been rather lacking in ASCII games, and whilst they do exist (Tales of Maj’Eyal has an option to switch to ASCII for example), Black Shell Games are the only guys with a game made purely from the old tech, and boy is it a treat. Swords, armour, jewelry, monsters, landscapes and more are all represented, fully constructed from your keyboards repertoire of symbols. They even go as far as having a small, somewhat archaic cutscene just to show off.

Of course, as we all know, you can’t just have style without substance, and once again Black Shell Games show us how it is done. You explore the world by punching in where you want to go from a menu, whether that be exploring the wilderness to encounter monsters, start events, complete quests etc. or simply navigating the town to pick up some new gear. It is all very intuitive, but it is also very deep, and incredibly difficult. Combat in SanctuaryRPG is a turn based affair with a fully integrated combo system, rewarding you for continued assaults on enemies, often ending in devastating finishing moves that obliterate health bars. Adding to this, you have a movement and distance mechanic which resembles something akin to NEOScavenger. Additionally the in-depth character progression system allows you to customize your hero to your hearts content. Of course that is without mentioning the diverse class selection, region and race selection all of which drastically change your play style. Death however, is treated in two ways. It is either permanent or massively punishing, and when nearly every enemy has the potential to kill you if you drop your guard, you will be frequently visiting the game over screen until you get the hang of it all.

What we have here is an experience that, despite its rather unorthodox style, is deeply engrossing and hugely rewarding. And did I mention that the game is hilarious? If this is the kind of game people can produce using a “dated” art style, with some pretty old-school mechanics mixed with some modern conventions, then I want more of it. ASCII is back, and I am hooked.