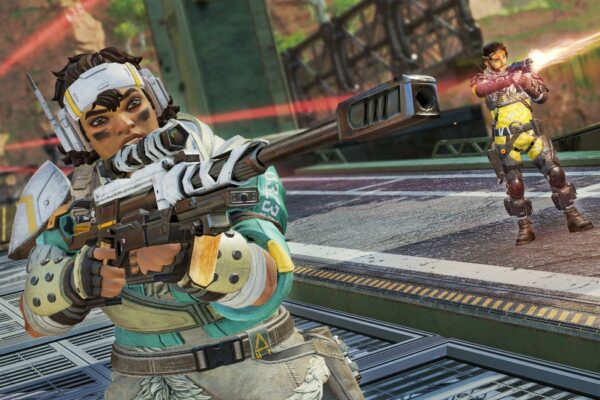 It’s not every day that you see a large developer striking back at its community. However, that’s exactly what has happened today with Respawn Entertainment. Respawn are best known for creating Apex Legends and has recently fired back at its community over the harassment of its developers.

The announcement made via a tweet on Respawn’s Twitter account. The tweet reads: “We welcome community input, however the line between construction feedback and the harassment of our dev team cannot be crossed”. It also goes on to emphasize that to protect its employees Respawn is taking a “zero tolerance,” stance and is willing to “take appropriate action”.

To close out the tweet Respawn shifts the focus from harassment to praise. The Apex Legends developer acknowledges that community feedback is important in creating the best experience possible. However, that doesn’t excuse the abuse and attacks being made against certain Respawn employees.

The exact trigger for this tweet is unclear but it’s fair to say that Respawn has a point. Some particularly vocal members of the Apex community regularly criticize individual developers and are not afraid to make it personal. There are even some professional players that are guilty of this. Wanting changes in a game you love is one thing but attacking developers directly is never acceptable. 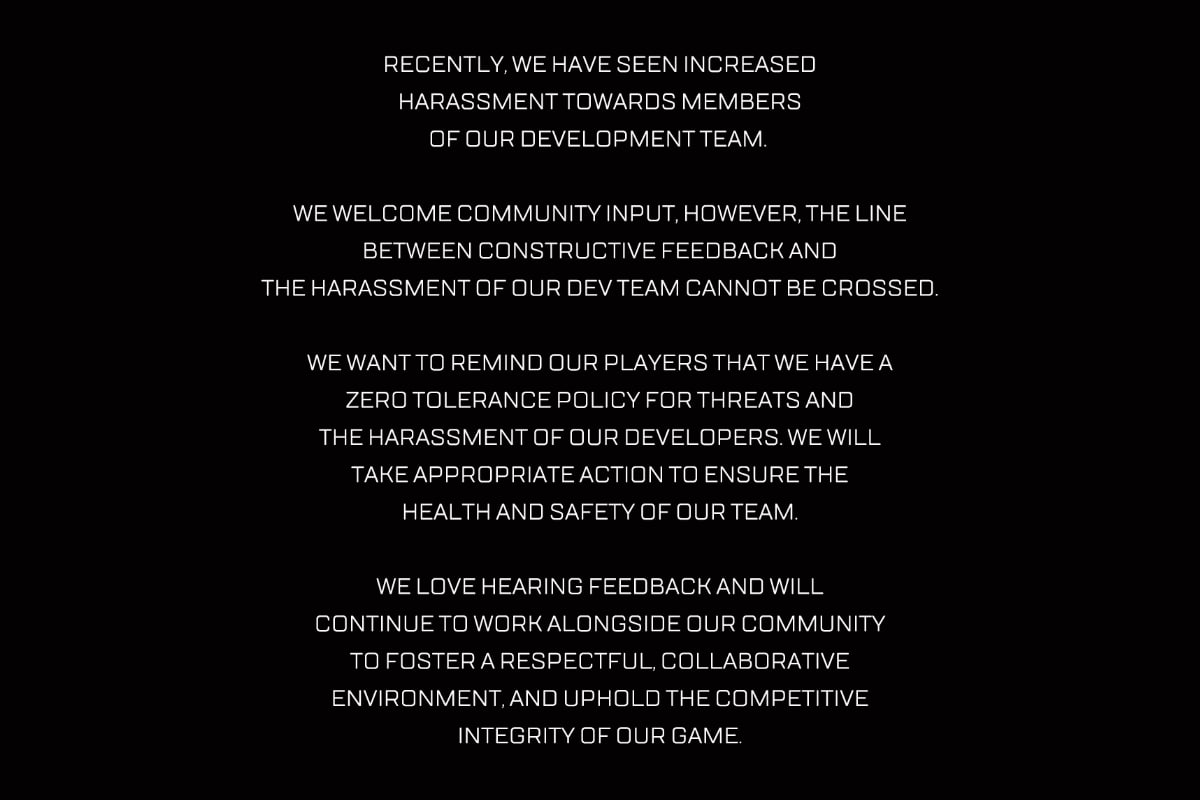 Unfortunately, stories like this are not all that uncommon. Respawn may be the latest developer to be affected by community harassment but it certainly isn’t the first. And realistically speaking it won’t be the last either.

The difficulty for developers is figuring out what they can do to stop it. For the worst offenders legal action can be taken but that doesn’t work in most cases. There are countless hateful comments posted on social media every day from anonymous accounts. It’s not easy to take action against those accounts in a meaningful way.