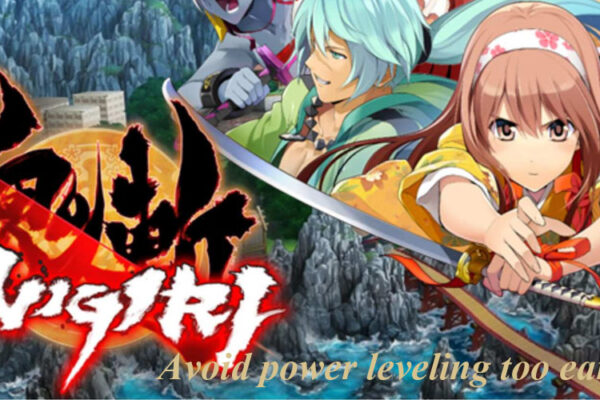 Power leveling is a staple in any roleplaying game and Onigiri is no different. You can power level and yes, it does make the game much easier(though Hell difficulty can still be pretty tough) but how the game is set, you should avoid it as much as possible.

One of the main missions require you to level up the friendship of one of the characters to level 17. Friendship items drop from defeated enemies but the catch is, you need to be either lower level of the monster or a few levels ahead. Which means if you power level, you won’t be getting as many friendship items until you fight enemies closer to your level. You can do the dungeons on Hell difficulty if you did power level but it’s much more difficult than Normal difficulty and takes longer.

It’s not really worth power leveling until you build up a nice little stockpile of friendship items. 99 is a bit overkill but around 50 is a nice little pile if you can stomach farming that long. It will be worth it in the long run since you won’t be having to run higher difficulty dungeons.

There is a character named Miroku that, once you raise his friendship can sell friendship items in the bargain tab but once you buy, you have to wait until he restocks so I’d avoid solely using him for getting friendship items.

Friendship items also can be obtained from various quests, and rarely, in lucky boxes.

Once you have some stashed away you can go power level if you wish. I’ll be making a guide for how to power level so stay tuned here at VgamerZ!