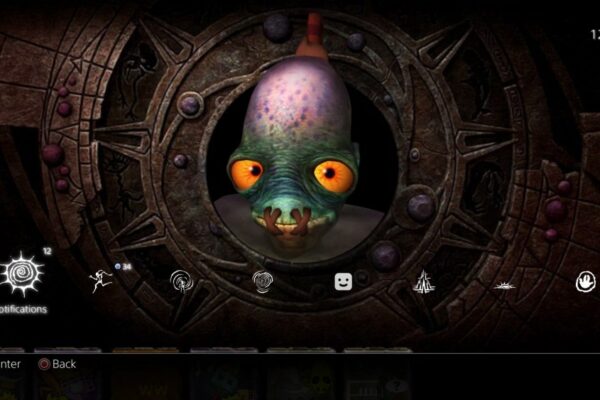 This is how Wikipedia describes Oddworld Dynamic;

Oddworld is the name of the planet on which all four Oddworld Inhabitants games are based, extant in another dimension. The planet was originally described as ten times the size of Earth; but Oddworld Inhabitants’ president and creative developer Lorne Lanning has since explained that Oddworld’s surface area is ten times the size of Earth’s, given that Oddworld is predominantly a dry-land planet and Earth is predominantly water-covered. It has its own sun and thus its own orbit resulting in a unique clock and calendar.

At some point, the planet suffered huge natural turmoils that resulted in volcanic crusts forming a new layer upon the entire planet. When that crust collapsed, it created giant thousand-foot craters all over the planet. The planet has a total of three layers, each with its own climate, temperature and gravitational levels. The giant craters were then used by the various Oddworld species to house their cities, whose tips could be seen protruding above the crust surface when looking across the landscape.

Last week Oddworld dynamic Inhabitants teased that something was around the corner with their Coming Soon to Oddworld video. We analyzed the seven-second teaser, with speculation ranging from a downloadable theme for the PlayStation to an announcement of an Abe’s Oddysee remake.

Today the publisher announced that the PlayStation 4 is getting a dynamic theme. The theme is to celebrate the upcoming 18th birthday of 1997’s Abe’s Oddysee and will be available to download for free from the PlayStation Store on 22nd September, with Europe getting it just a day later on 23rd.

The theme is sure to please fans, with iconic imagery, animation, and sound from Oddworld: New ‘n’ Tasty included.

Did you try the Oddworld Dynamic theme? What do you think? Please share your opinion in the comment box below. 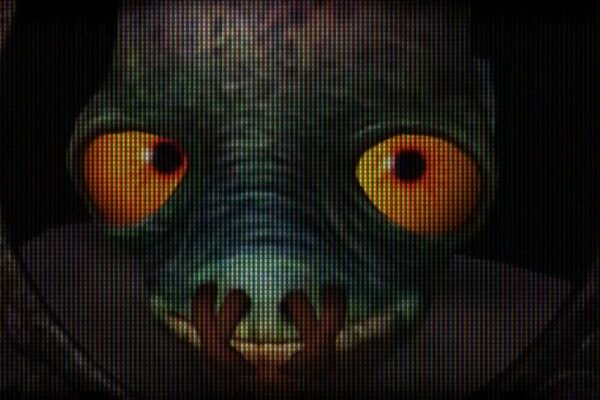 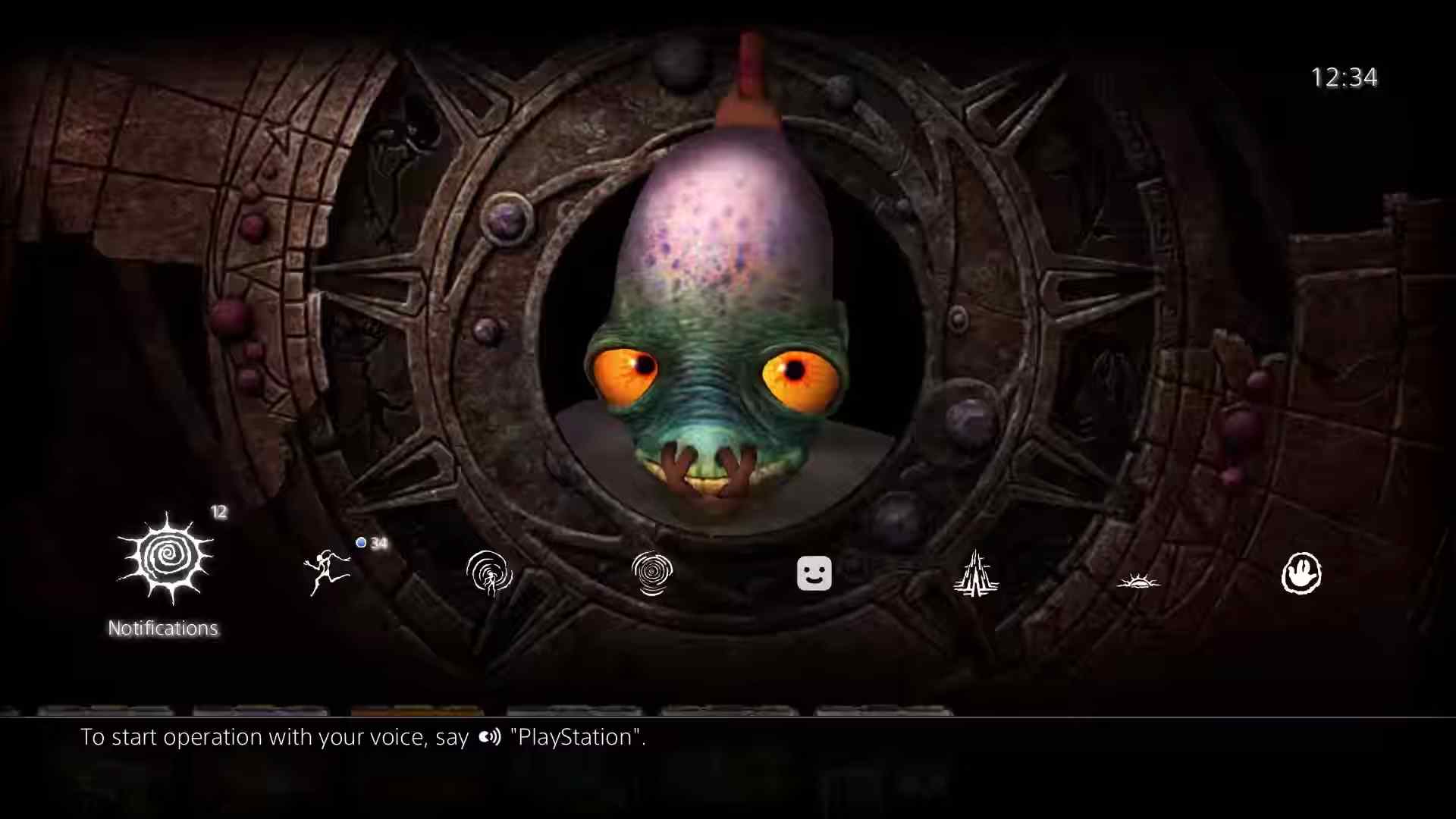 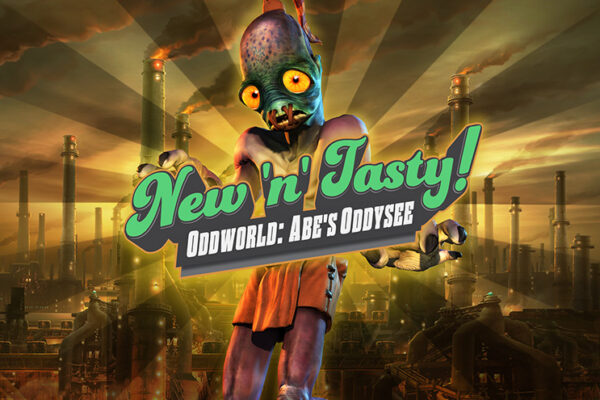 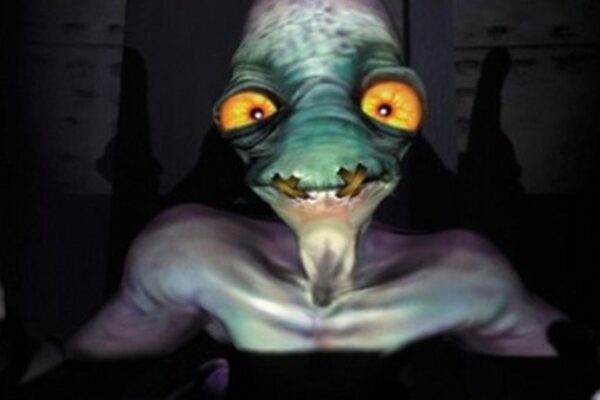 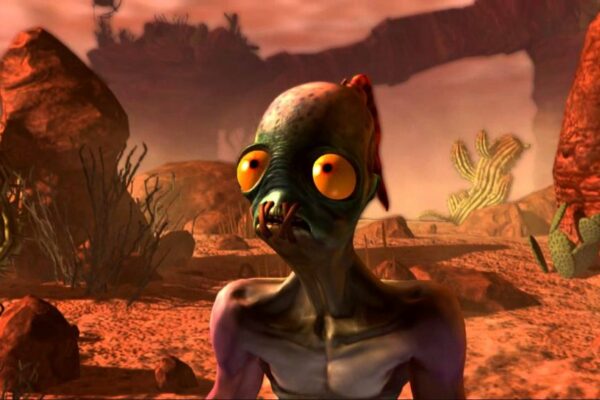 Oddworld: Abe’s Oddysee (1997) was one of those games that seems to coincide with the youthful gamer adolescence of the late 1990s. Everyone I speak to in regards to our lovable and quirky platforming hero Abe has felt nothing but sweet nostalgia and good vibes as they burst into joy, “Oh yeah! I remember him!”

Last July developer’s Just Add Water released their PS4 ground-up remake of this nineties classic and it has been nothing but a pleasure to relive some of the weird and wonderful world of Abe for numerous fans. The game has been completely remastered from the ground up, with crisp new graphics and an experience that stays true to its original beloved form.

Abe’s Oddysee tells the story of Abe, a contented floor-waxer and one of many Mudokon prisoners of Molluck the Glukkon, the owner of RuptureFarms: the biggest meat-processing plant in Oddworld. One night Abe is caught overhearing Molluck’s plan to use the Mudokon slaves as meat products and is frightened into escaping the factory and warning any Mudokon along the way.

The game is set to release on Steam for Windows, Mac and Linux platforms on February 25th, and later available as a digital download for the PS3 and Xbox 360 later in March.

Whether you are a fan of the original or a gamer that has been blessed enough to stumble across its existence, this is definitely one to consider if you’re looking to play one of the most iconic and quirky retro platformers of the 20th Century.

What do you remember most about Oddworld? Leave a comment below and share the glorious nostalgia within.