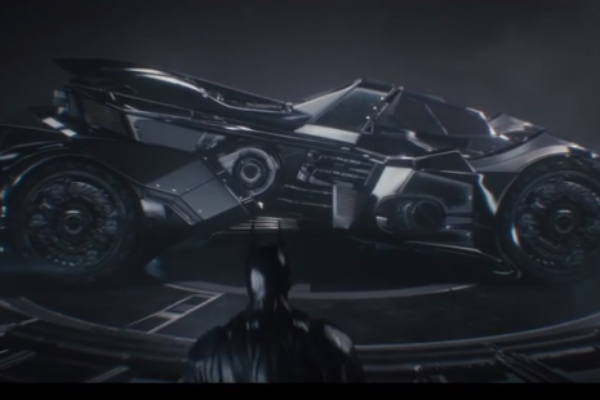 The latest release of a cinematic preview for the upcoming installment of the Batman game franchise shows exactly what a next generation system is capable of.

In the stirring, realistic visuals, Bruce Wayne suits up to narration read by his father. Besides having one scary look suit of bat shaped armor, the game also reveals something long left out of the Arkham series, the Batmobile.

It’s mean looking, fast and eats through parked cars, gun-fire and explosions. Scale would never allowed the necessity of such a tool in previous titles and Bat-fans have had to turn to the Lego games if they wanted behind the wheel of anything made by Waynetech.

The game is being released solely for the Xbox One and PlayStation 4. The graphics are refined and fluid. New and old players of the series will be impressed.

Almost more exciting is the return of Kevin Conroy as the voice of Batman. Conroy is the same actor who lent his talents to the now iconic 1990’s Batman The Animated Series. For many, myself included, there is no other who more accurately captures the sound of Bruce Wayne and his alter-ego.

The latest game takes the Caped Crusader out of the prisons he’d prowled before and out into the streets of Gotham. The game world will be so large that it makes better more wide-reaching transportation a necessity.