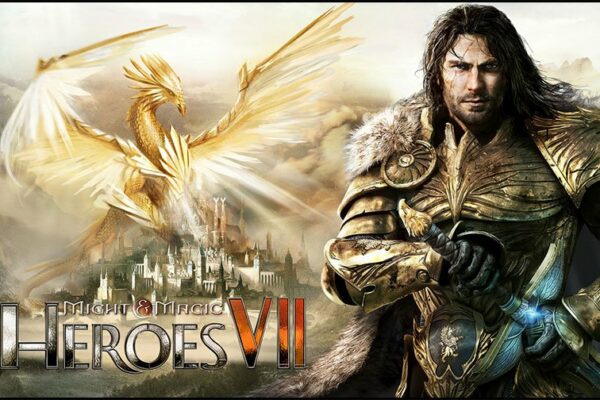 Without doubt, I am one of the biggest Heroes of Might & Magic 3 fans out there and I still find time to play a quick map every now and then, even though you can feel the limitations of the game so many years after its release. But somehow HoMM 3 manages to entertain, to offer value… and it’s the nostalgia that pushes me to give the series another try.

I must be honest and admit that following a slightly disappointing Heroes of Might and Magic IV and an even more disappointing Might & Magic Heroes V, I completely ignored the series. Until this year. This year, the HD edition was launched, I purchased it, played the campaign over and enjoyed the improved visuals and the HoMM bug took over once more. Just in time for Might & Magic Heroes VII.

As soon as you start the game, you are left wondering if the developers had budget cuts or your computer started to act strangely: the intro video for the campaign is basically static images with sub-par voice acting. Worse than a hidden object game’s intro – at least they have proper animation nowadays and certainly better special effects.

But it’s not intro movies and cutscenes I play a game (especially Heroes of Might and Magic for), so I decided to ignore this warning and I jumped straight into the game. I chose a campaign – the yellow one (and sorry for my terms, you will see that I didn’t spend too much time with the game to actually know what’s happening) and I got stuck. For the first time since I play a Heroes game, I got completely stuck. Frustrated, enraged, stuck.

I started with two heroes. No chances to enter the city. Not completely sure that was MY city. Moved around, fought so me enemies, lost some troops, decided to wait for an event to unlock new features, for something to tell me what to do. Nothing. Just frustration. Increased by the poor graphics, the tones that made all items to blend in, difficult to individualize, impossible to appreciate.

So I decided that I’m completely out of shape and I probably miss the obvious and it’s time to do that shameful thing that hardcore gamers don’t: play the tutorial. But probably MMH 7 is made only for the most hardcore gamers out there because there’s no tutorial whatsoever. If you are new to the genre, new to the game – and I completely felt like a complete noob – then you will have NO IDEA how to play the game. How to enter the freaking town, build a freaking building, recruit some troops and make your way though the map. If you are new to the game, nothing will make sense. Heroes, artifacts, skills… well, nothing will be explained. And it sucks.

I did try a new campaign (can’t remember the color) and I managed, there, to enter my city or cities. I can’t remember exactly because I was still enraged. I was blindly clicking stuff at that point, not really knowing what I have to do, what are the goals and why on earth am I playing this joke of a game.

So I quit, completely disappointed. I had high hopes from a new game in the series and I wanted so bad to get a good game. A game to love, a game to obsess me as much as HoMM3 did and still does. Instead, I got a joke. And wasted 60 minutes – time I will never get back.

Might & Magic Heroes 7 also managed the counter-performance of becoming the first game that I ask a refund for on Steam. It was a sad moment and I realized that the franchise might actually be dead and gone. I gave the new game 60 minutes and all I got back was frustration and disappointment. At least I got my money back.