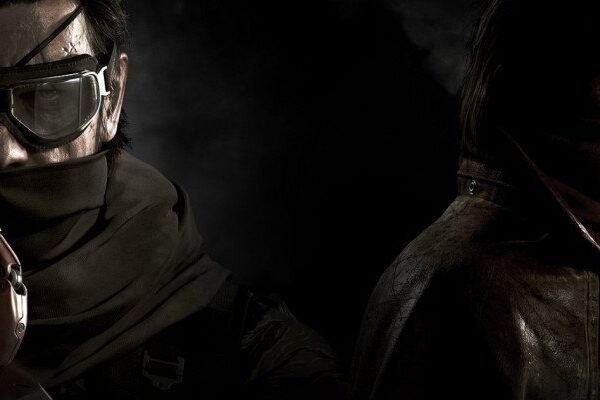 Of all the previews for the most anticipated games to release in 2015 that are set to establish the true meaning of ‘Next Generation Gaming’, there is probably one that you’ve seen or heard mentioned time and time again, Metal Gear Solid V: The Phantom Pain. For many fans of the franchise, it was a nice surprise to see the announcement of this next and potentially final installment to the Metal Gear franchise. If you’re not somewhat excited after what we’ve seen already, which I find very hard to believe, then here are just five of the many reasons you should be excited for Metal Gear Solid V.

When I first heard that the story of MGSV would be told through an open world rather than a structured linear path I was both excited and… worried? I guess that’s the correct word to describe it. Being a huge fan of the franchise for most of my life, I felt this strange array of emotions knowing that this story I grew up with, something near and dear to me, was to be expanded in such a way that it never had been in the past. That was my initial reaction, but now that we are at the stage where trailers and gameplay previews are streaming somewhere right now all over the world, I couldn’t have any more faith in the hands of creator and director, Hideo Kojima, in just how it will all pan out.

The scale and size of this open world is said to be larger than all the maps of previous metal gear games combined which was then demonstrated on Episode 10 of the developer’s podcast ‘Kojima Station‘ back in June, 2014 with the reveal of an aspect comparison image. The world is filled with wildlife, enemy infested outposts, side missions and certain encounters that you may or may never even come across on a single playthrough. For example, in a preview of the ‘African Jungle’ setting, we are shown Big Boss stumbling upon a wolf cub whimpering beside its deceased mother. At first the player decides to ignore this and proceed with the mission but once observing that the pup is now following them, well… how can you say no to that little face?

Snake has the option to use the ‘Fulton Recovery’ feature to extract the cub and send it back to mother base. Later upon return to base this leads to a cut scene presenting the wolf’s growth and training under Ocelot’s wing, now providing the ability to use the wolf, later named D.D (In relation to Big Boss’ newly formed private military company, Diamond Dogs) as an A.I controlled ‘buddy’ to take with you into the field. A player can go through MGSV and may never even encounter this specific event which really expands on a more open approach to how the player experience’s additional elements, hopefully leading them to become more invested in the world and give them a reason to want to explore it’s inch of it. How this will impact the telling of it’s core main story missions is still somewhat unclear, however it does provide the player with the freedom of choice in choosing their own path of infiltration when embarking on a mission, which was limited in previous games to some extent due to the linear constraints of the franchise’s past spaces. Players can also navigate the map using vehicles or horses by any means they see fit.

If you’ve played MGSV’s prologue, ‘Ground Zeroes‘, you’ll have experienced a small taste of what’s to come for ‘The Phantom Pain‘. No matter what your opinion is on the initial controversy when consumers spoke up in regards to the game’s length being too short to justify its price upon release, you can’t deny that the game itself performs and is visually spectacular, really, its superb. The new ‘Fox Engine’ allows for a more dynamic and immersive world, featuring a new dynamic weather system, a day/night cycle (Both affecting visibility conditions and A.I. patterns), advanced lighting and photorealistic textures, animations and graphics that look beyond incredible running in 1080p at a buttery smooth 60 FPS. The enemy A.I. actually learns from your gameplay habits; if you tend to aim for the head a lot, enemies in other areas will gather word of this and begin wearing heavier armour/protective helmets.

Discovering the new interface of MGSV uses a minimalistic HUD was pretty jarring for me at first as I was used to seeing Health/Stamina bars and the classic weapon/item cycle menu but once playing ‘Ground Zeroes’ I understand why the developers chose to alter some of these features. Removing these adds even more to the immersive nature of the game, it gives us the opportunity to soak up all of the game’s gorgeous visual aspects and really get sucked into the overall experience.

The health bar has been replaced with a regenerating health system. Weapons and Items are only brought up by their prompt controls on the D-pad, the soliton radar has traded up for the new tagging system, these significant changes help to create a less intrusive interface. All game menus are now compacted into the ‘iDroid‘, including the map, cassette tapes, briefing notes and the chopper extraction option all which occur live, ensuring further immersion.

Snake’s CQC still has the option to either choke, interrogate or slit an enemies throat and also includes the addition of a chained series of melee attacks for those close up and personal encounters. The ‘hold up’ feature now allows players to order an enemy to lie down or call over another guard as a distraction. Climbing and scaling walls and objects has made it possible to now approach objectives by both a horizontal and vertical standpoint, further eradicating the limitations to a player’s choice of infiltration.

The new mother base allows players to expand upon the mother base management system from Peace Walker. Player’s can now enter and roam the base in-game while managing new recruits, developing/upgrading new weapons/items and expand and customise their own mother base.

As a big fan of the previous Metal Gear Online, I can safely say with no regret that I did indeed let out a tiny squeal of joy when stumbling upon the world premiere trailer at Las Vegas’ 2014 Video Game Awards. So far we know that there are two multiplayer options, one involving a tie in with your campaign’s mother base where you as Snake, infiltrate another player’s mother base and get the chance to meddle with or steal items such as artillery, recruits, vehicles and extract them back to your own base. I am still not completely sold on this feature as of yet as I can imagine it intruding with the immersive experience of the single player mode but have I yet to experience it first hand before I can give it any real criticism.

For the multiplayer experience which features two teams battling it out in a series of game modes, players will cooperate with their team using a range of tactics varying from classic stealth action to intense fire-fights in order to succeed. So far the return of the fan favourite ‘Team Sneaking’ mode is confirmed to return as I imagine will some of the other previous Metal Gear Online modes. Similar features in the form of new items from MGO2 make a return such as the tagging system in replacement of the SOP system and the new ‘Husky Plushie’ taking a cuter approach to distracting an enemy in comparison to the ‘Magazines’ from previous titles; you know the magazines I’m talking about, and if you do, you should be ashamed of yourself…

Metal Gear is notorious for its broad range of intricately connected characters with detailed back stories and its story that spans fifty years between the years of 1964-2014. ‘The Phantom Pain’ is set in 1984, a time which is spoken and referenced to in prior games but until now has not been thoroughly delved into in quite so much detail.

The story will uncover the blurred line of Big Boss’ dark descent into the transformation of a once legendary hero to an anti-villain. Seeing how Big Boss has evolved between the course of ‘MGS3: Snake Eater‘ and ‘Ground Zeroes’ leads me to wonder just how deep this thing really goes and how it will impact him through the course of ‘The Phantom Pain’?

Kojima states that the game is going to undertake a darker, more mature tone in comparison to previous metal gear games to really emphasise in a more realistic approach how crucial this moment in Big Boss’ arc really is. Sensitive themes have already been touched on in ‘Ground Zeroes’ and with themes of torture and the presence of child soldiers in recent trailers, there’s no doubt that this will most likely be the darkest Metal Gear to date. That’s not to say it’s all doom and gloom though, judging from the return of the cardboard box and other classic MGS gimmicks, the developer’s strive to maintain a blend of both serious themes and storytelling with moments of light hearted humour that are never too afraid to go so far as to even break the forth wall once in a while. Those of you reading this on a desktop: if only there was a way to force you to plug your mouse into another port to finish reading the rest of this.

What really happens with Major Zero, a character whose villainous antics that until now, have hidden well within the shadows of the MGS timeline? Who or what is behind Cypher? What really happens to Big Boss? What pushes him over the edge to lose it all? These are all questions that one way or another are answered to some degree in games set after the events of ‘The Phantom Pain’ but we will never know the truth until release sometime in 2015. All we really know is that MGSV takes place nine years (of which time Big Boss has endured a deep coma) after the events of ‘Ground Zeroes’ and will tell the story of Big Boss’ downfall and the eventual establishment of Outer Heaven, bridging the gap between the ‘Naked’ and ‘Solid’ Snake sagas.

Those of you who have been following news on Metal Gear Solid V: The Phantom Pain are probably, like myself, exhausted with the long wait we have all had to endure since it was first announced after the whole ‘Moby Dick Studios‘ charade back in 2012. To leave this article on a positive outlook just know that there is less time ahead of us than there is behind us and that we have had a chance to play that small sweet taste of what is to come. Kojima is well known for his teasing abilities, I won’t even go into detail on the Christmas 2014 “special announcement“, but a small part of me feels that ‘The Phantom Pain’ will soon be a term gamers will refer to when addressing that heartbreakingly painful task of waiting just that little longer for something extremely worthwhile.