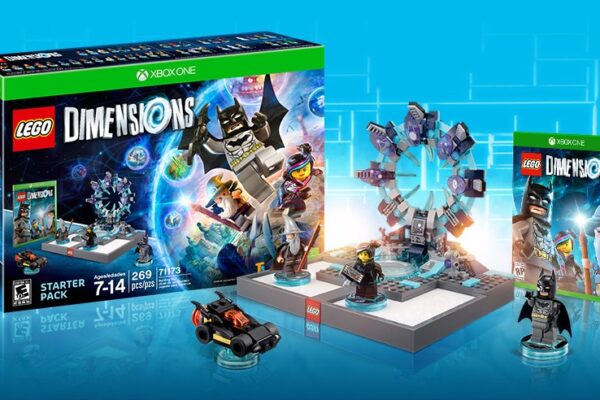 It seems like everyone is getting in on the market of toy-video game hybrids with Warner Bros. and Traveller’s Tales having announced Lego Dimensions.  In the same vein as Skylanders and Disney Infinity, Lego Dimensions will be based around collecting compatible figures to unlock ingame characters and content.  The twist here is that all of the figures, vehicles, and even most of the scanning base are made of fully constructable and deconstructable Lego bricks.  It also won’t be restricted to specifically Lego brands like Ninjago and The Lego Movie, as various Warner Bros. franchises are getting into the mix.  So far, DC Comics, The Lord of the Rings, The Wizard of Oz, and Back to the Future have been officially announced as a part of the game along with the previously mentioned Lego brands.  Don’t expect just any series to have appeared in Lego form to make an appearance, such as Marvel and Star Wars as they are already preoccupied with Disney Infinity, but Warner Bros. does promise that many more worlds will be introduced into the game in the future.  The safest bet is that Harry Potter will be introduced into the game before long as the films were produced by Warner Bros., but anything beyond that is anyone’s guess.

Unfortunately, it looks like those Lego figures weren’t cheap to manufacture as the Lego Dimensions sets will be more expensive than any other of its kind.  The starter set alone, which includes Wyldstyle from The Lego Movie, Batman, Gandalf, a mini-Batmobile, the scanning base, and the game itself, will cost $99.99.  That’s a steep contrast to the $74.99 launch price of Disney Infinity 2.0 and the $64.99 of Skylanders: Trap Team.  Level Packs, such as the Back to the Future pack that includes Marty McFly, two vehicles, and a campaign, will cost $29.99 each, Team Packs containing two figures and two vehicles will cost $24.99, and the Fun Packs containing just one figure and vehicle will cost $14.99.

Lego Dimensions will be released for Playstation 4, Playstation 3, Xbox One, Xbox 360, and Wii U.  You can check out the debut trailer (starring a very disinterested Joel McHale) here.  Are you interested in checking out this Lego-based crossover game or are you burned out by collectibles at this point?  Leave a comment below and let us know what you think.