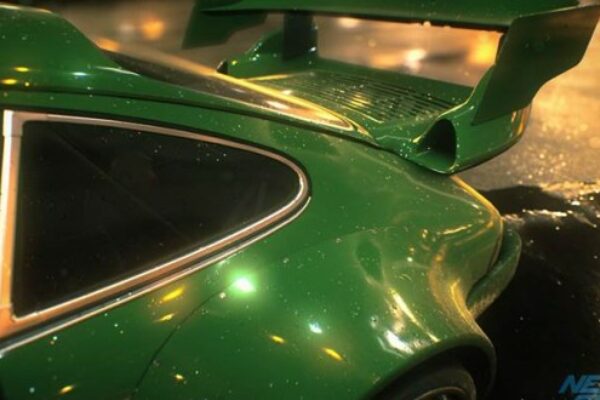 EA has confirmed the next Need For Speed game will be a full reboot of the racing franchise. After a week of teases, developer Ghost Games confirmed the new title will launch later this year for Xbox One, Playstation 4, and PC. Ghost aren’t keen on sharing a huge amount of details just yet, but they have released a very short teaser trailer.

The announcement of a new game in the Need For Speed series comes after 2014 became the first it didn’t see a core game released in a decade. Apparently, Ghost was using the time to think about where its franchise was going. “Need for Speed needs to understand what it really is,” general manager Marcus Nilsson told GameSpot. “What are the core values of the brand, what are the types of experiences that we want to give to gamers? And sometimes it can be hard to do that when you have different development teams in different parts of the world. So the theory, or the strategy, for us was to become the owners of Need for Speed.”

Need For Speed is one of the world’s most iconic racing game franchises. It’s been around for 20 years, and in that time we’ve seen 21 Need For Speed games. The 22nd game promises “deep customization, authentic urban car culture, a nocturnal open world, and an immersive narrative to pull players deep into the game.” It’s the narrative part that’s most interesting. Need For Speed games, while high on action and, well, speed, have never been known for featuring s deep, engaging story. Or any story at all. But that’s apparently going to change, with this reboot focusing heavily on narrative. “We are taking a very innovative approach to how we tell a story. That’s actually probably as much as I can say at this time,” Nilsson said, promising more details on the story will be revealed later.

The new Need For Speed will also see an online mode which will build on what we saw in Rivals’ AllDrive. Even in the single-player story, other players will be able to come in and interact with each other. It sounds distracting, but sometimes distracting is good. Especially in open worlds. With the growing saturation of racing games, it will be interesting to see if this new Need For Speed will live up to its iconic name.