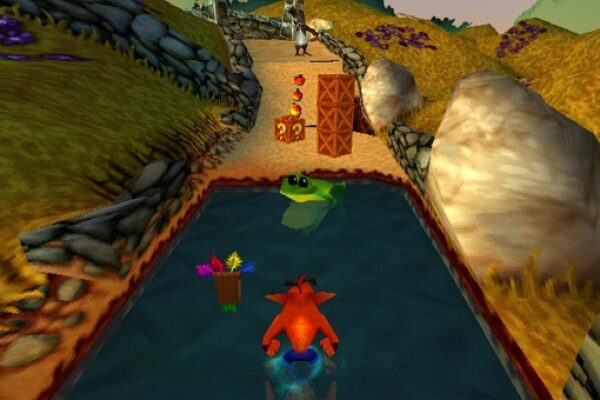 Oh, Crash. In your early nineties glory days, you were the unofficial mascot of the PlayStation. Groupies, shopping centre openings, invitations to spangly celebrity cocktail parties… the bandicoot had it made.

Alas, though, he was never destined to become quite the icon Mario, Sonic and their ilk would. Developer changes and delays between games hit him hard, but not before some truly stellar platformers arrived. The best of all, in my view, would have to be Crash Bandicoot: Warped. Let’s take a look.

The third installment of the main series hit PS1 in 1998. It tells a familiar story, of the struggle between weird genetically modified Australian marsupial and demented megalomaniac scientist (well, that’s a familiar story in the Crash series, anyway). This time, Doctor Neo Cortex is aided by the villainous Uka Uka, an evil demon-thing that resembles a witchdoctor mask. The dastardly duo need to gather a set of mysterious crystals to achieve world domination, which are spread throughout time and space.

Fortunately (for them), Doctor N. Tropy has developed the Time-Twisting machine, which allows them to hop backwards and forwards at will and gather them. Fortunately (for everyone else) it also allows Crash to do the same, and thwart their fiendish schemes. And so begins 25 levels of toontastic 3d platforming goodtimes. 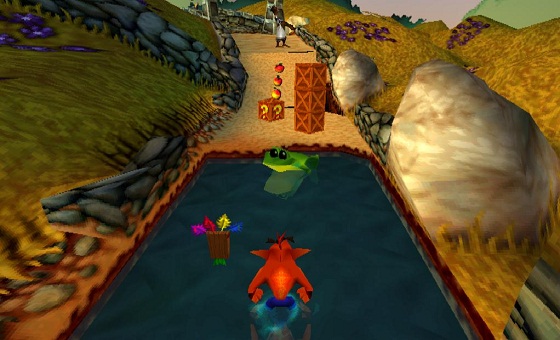 Fans of the little orange dude will know the deal here. There’s a central hub world (the time machine itself, in this instance), from which you access each ‘set’ of 5 levels. After nabbing the crystal from each, you’ll take on the boss before proceeding to the next area. There are enemies to spin attack or jump on, explosive booby traps to avoid, those legendary Crash crates…

It all sounds quite conventional, but Warped has the best level variety of any platformer I’ve ever played. The time travelling idea for one, which sees stages set everywhere and anywhere from the Jurassic era to the distant future. More than that, though, there’s the vehicle stages. You’ll ride a World War One biplane and dogfight with your foes, race them on a motorbike, and barrel along the Great Wall of China on the back of a tiger cub. Is any of this madness in any other platformer? No, no it isn’t. Well, not all three at any rate.

Crash Bandicoot Warped is definitely an example of a safe sequel. Fans will feel right at home here, and there’s a distinct waft of more of the same about it all. Nevertheless, developer Naughty Dog aren’t resting on their laurels completely. Many of these vehicles are brand new for the game, and change the way you play entirely. As do the all-new special abilities, which you are awarded for beating each boss, Mega Man style. The rocket launcher that fires wumpa fruit is worth the price of admission alone.