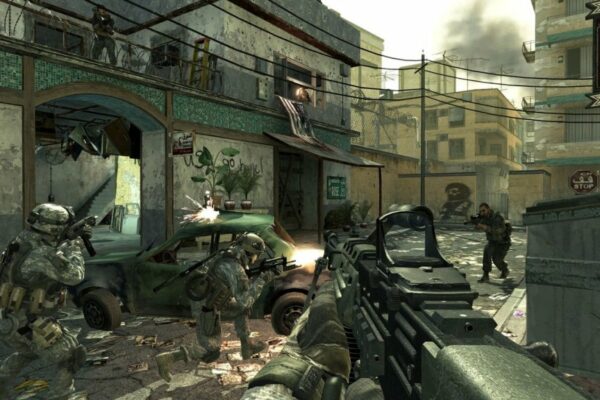 That time of the year is finally here: Call of Duty Advanced Warfare has been launched and the world is once again ready to spend countless hours in CoD, enjoying the new features. However, not all gamers are lucky to get the full, flawless experience and there are quite a few who report Call of Duty Advanced Warfare crashes, freezes and other performance related errors in the game.

We are here to help you get them fixed, so check out our guide for Call of Duty Advanced Warfare crashes, freezes and other error fixes and hopefully you’ll find what you’re looking for and get the chance to fully experience the game and all of its features.

First of all, if you have any problems running the game, you should start with what I consider the basics: make sure that you have the latest drivers installed, both for your graphics card as well as the sound card and if your computer doesn’t meet the recommended system requirements, make sure to lower your settings. If doing this doesn’t fix your CoD Advanced Warfare crashes and freezes, it’s time to try some other things!

Cut Scene sound sync fix
Many people have problems with the sound during the cutscenes which goes out of sync (or even the screen goes blank from time to time and makes it unwatchable). There are two possible fixes for this problem:

1. Run the game in Windowed mode (No Border) and you’ll lose the problem.
2. If you for some reason don’t want to switch to windowed mode, you can simply not watch the cutscene, save the game after the mission begins, then reload and enjoy your working video. I believe that the first fix is less time consuming, though!

As SLI is not supported natively by the game and you might just want to be able to play the title, here’s the fix that will allow you to do so (via HarBinGeR on the Steam Forums):

Nvidia predefined number of GUP’s to use on SLI rendering mode : SLI_PREDEFINED_GPU_COUNT_FOUR

Nvidia predefined number of GPU’s to use on SLI rendering mode on DX10 : SLI_PREDEFINED_GPU_COUNT_DX10_FOUR

Other people are reporting COD AW crashes and freezes during gameplay caused by the overheating of their rigs. So make sure that you keep your computer’s temperature optimal when running the game.

Also, make sure that you close any background program if you’re experiencing problems, including antivirus and screen recording software.

If your game is crashing and giving you textures-related error messages, disable the Cache Spot Shadow Maps and Cache Sun Shadow Maps in the Settings menu, then restart the game. Your problems should be gone now.

These would be for now our suggested fixes for Call of Duty Advanced Warfare problems. We’re still working on finding new fixes for reported problems and you can help by sharing with us any possible workarounds that you have found, or let us know if you still have problems with running the game after trying these fixes.