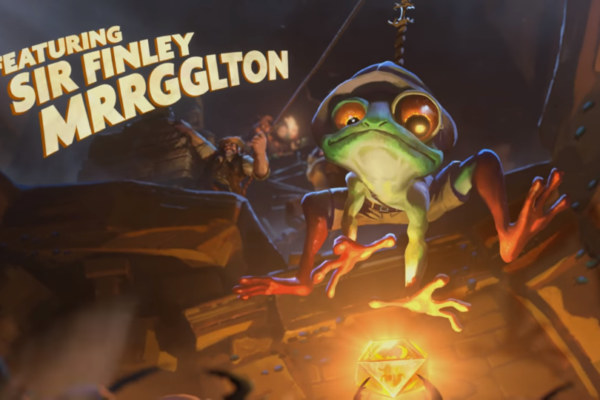 With how much The Grand Tournament expansion resembled the Argent Tournament event from World of Warcraft, everyone was expecting the next Hearthstone adventure to be based on Icecrown Citadel and the battle against Lich King Arthas.  Instead, players will be joining up with the famous Brann Bronzebeard and his Explorer’s League to trek through the untamed wilds of Azeroth in search of ancient treasures.  The League of Explorers promises a wide variety of PvE challenges as players journey to various exotic locations with the titular explorers coaching them all the way.

For the explorers, there is obviously the prestigious dwarf Brann Bronzebeard of the regal Bronzebeard brothers.  Brann is one of Azeroth’s greatest explorers and archaeologists and has done his fair share to save the world in various major events in World of Warcraft.  Joining him on this new quest are three new explorers being introduced with the expansion.  There’s the genius night elf Elise Starseeker, the brash human Reno Jackson, and the dignified murloc Sir Finley Mrrgglton.  Of course, these renowned adventures will be joining your collection of cards as new legendaries, such as Elise Starseeker being a 4 mana 3/5 that adds the Map to the Golden Monkey card to your deck.  Map to the Golden Monkey is a 2 mana spell that draws a card and adds the Golden Monkey to your deck.  Once you finally get the Golden Monkey, it is a 4 mana 6/6 with taunt and the most insane battlecry in the game to date: Replace the cards in your hand and deck with random legendary cards.  While the randomness might not make it a competitive card at the highest levels, especially for any combo deck, it’s certainly not a bad card and will be a must-have for any joke deck.

There are plenty of other cards to obtain in the new adventure, such as the new Hunter spell Explorer’s Hat.  For 2 mana, you can give a minion +1/+1 and a deathrattle effect that adds another Explorer’s Hat to your hand.  It sounds like a great deal, but that 2 mana can be a serious toll on your tempo given how little impact it makes on the board.  It will certainly be a good card for control decks, but it looks too slow to improve aggro decks.  The expansion will also add a new keyword into the game called ‘discover’, which generates three random cards following a certain condition and lets you select one to add to your hand.  For example, the Jeweled Scarab is a 1/1 beast for 2 mana that discovers a 3 mana card.  These cards aren’t taken from your deck, but can be any neutral card or any minion or spell from your class.

There are plenty more cards being spotted at demonstrations during Blizzcon, such as Brann himself being a 3 mana 2/4 that causes your battlecries to trigger twice and a new Paladin secret called Sacred Trial that destroys a minion played by your opponent if they already have three or more minions on the board.  Amazingly, The League of Explorers is right around the corner with the first wing releasing next Thursday.  What are your thoughts on Hearthstone‘s latest adventure?  Leave a comment below and let us know what you think.