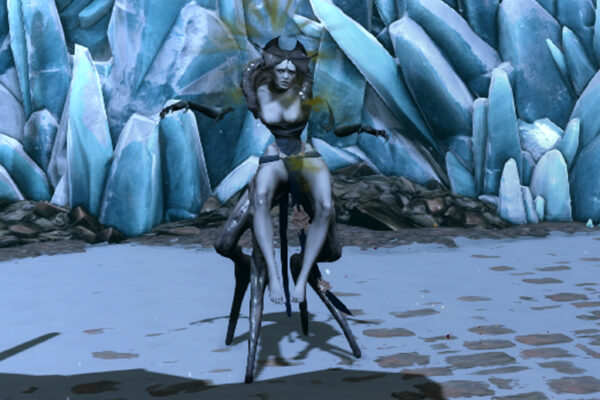 In Bound by Flame, the Concubine monsters are a set of powerful bosses presented at the end of Act 3. In order to infiltrate Blackfrost’s palace and slay the ruthless Ice Lord, players must defeat his most loyal guardians, the concubines. However, to slay the main Concubine known as the Guardian, Vulcan has to kill her minor daughters, the Creator, the Stalker and the Watcher. The combat style for all of them are quite similar, what differs is each boss attack damage and health. Learn how to take down these promiscuous deities. 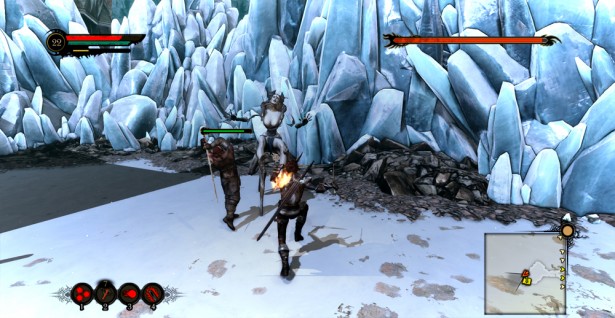 1. Position Yourself for Melee Combat

When the battle begins, you should position yourself for a close range combat style. Get close to the Concubine but not close enough to get hit or disabled. You should definitely fight at a melee range for two main reasons, first because your specialization is either warrior or ranger, both melee classes, and secondly because the Concubine excels at magic, which means she’s less efficient at melee combat. 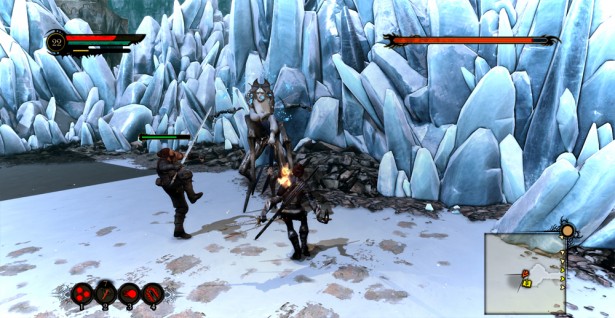 The Concubine has a very peculiar battle rhythm, especially at melee combat. She will basically do one attack type repeatedly with a few cast variations. Once you learn her rhythm, it’s easier to dodge every single hit and consequently counter-attack. Sometimes, she uses magic spells while in close range. This will certainly disrupt the rhythm but don’t panic. Just dodge it and try to engage her in close combat once again. 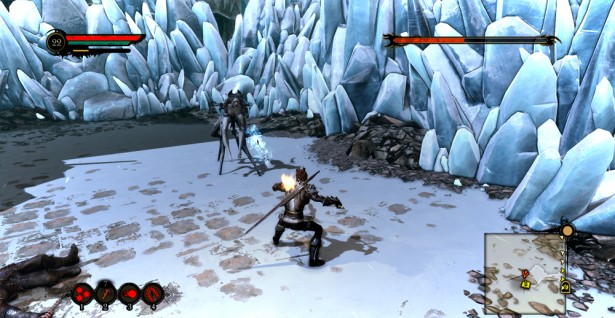 You must avoid range combat while fighting any of the Concubines. Why? Well, they are expertise mages and their spells hurt a lot. Besides, if you adopt a distant position you won’t be able to do much damage. Also, if you keep a medium-long range distance, the Concubine will spam various magical skills, in whichsome of them are particularly strong and hard to dodge.

To ensure you’re not going to die from a minor mistake, such as a failed dodge or a poor positioning move, then you should keep your health bar above half at all times. This way you won’t have any unexpected surprises. If you take a lethal blow while having your health bar substantially up, then you’ll still have the chance to immediately drink a potion and recover. Otherwise, you’ll just die.

The key success to survive the Concubines is to dodge their magical skills at any cost. The best option is to move around or dodge/parry their skills entirely. If you don’t manage to dodge the skills, you won’t last long since some of them can basically one shoot you. Others might seem a bit less efficient but sometimes the Concubine executes a flame combo chains that will consequently lock your character into the ground, resulting in a frustrating death. 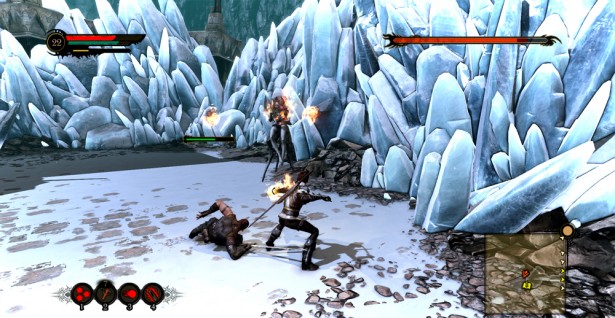 6. Use Orb of Fire as Much as You Can

Using Vulcan’s fire ability, the Orb of Fire, is a great tactic against this enemy. It’s not just about the decent amount of damage it inflicts. This spell also has a chance to burn the Concubine, leading the monster into enter a state of deep flame suffering for a few seconds. This will allow you to get close and free hit her during the current time. Note that this chain tactic is capable of tremendous harm if executed correctly. 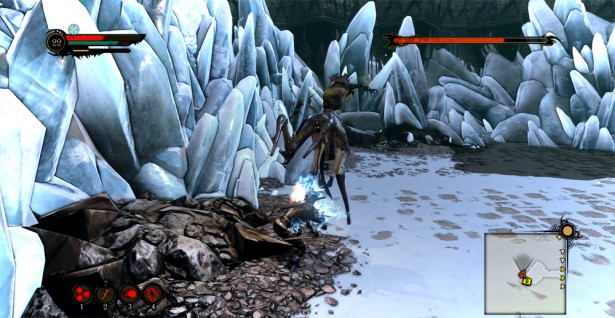 7. Adopt a Frontal or Sideward Approach

When fighting this monster at close range, remember to always go for her sides or front. If you choose to be sneaky and attack her from the rear, then you’ll get immediately kicked out. The Concubine has several pairs of legs and one of them is set in her very back; it works as an anti-rear attack protection. Remember that getting slammed into the ground can become a huge problem if the deity casts another disable or magic spell while you’re still not on your feet. 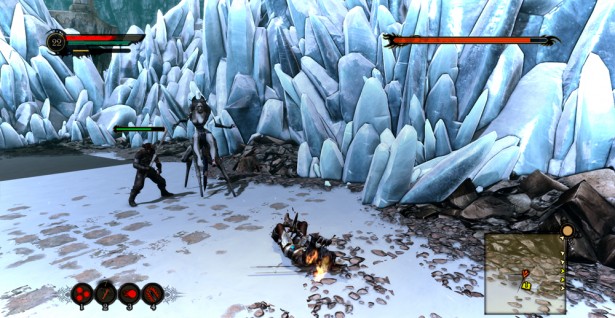 8. Don’t Rely on Your Block Ability

The last tip for this boss fight is to never rely on your block ability. Blocking works perfectly against trash mobs. However, when it comes to bosses and mini-bosses this skill becomes useless and it’s nothing more than a time-sink mechanism. You can’t block the Concubine’s projectiles, so don’t waste anytime clicking the block key. Instead, try to dodge, parry or simply move in a different direction to avoid the hit.

The Concubines have different strength levels depending on the game difficulty you choose. However, their mechanics remain the same. To defeat this deity, you only need to learn her battle rhythm and thoroughly accompany her frontal combat dance in order to flame dodge/parry and counter attack. In between, you should deny all her magical hits and keep your health bar filled. Once you repeatedly do this, you won’t have many issues to slay all of them.

Note that you need to defeat the Concubines by a specific order. Else, you’ll need to face two at a time. Kill the Stalker first (the one closest to the camp on the left side), then you’re clear to go for the rest of them.