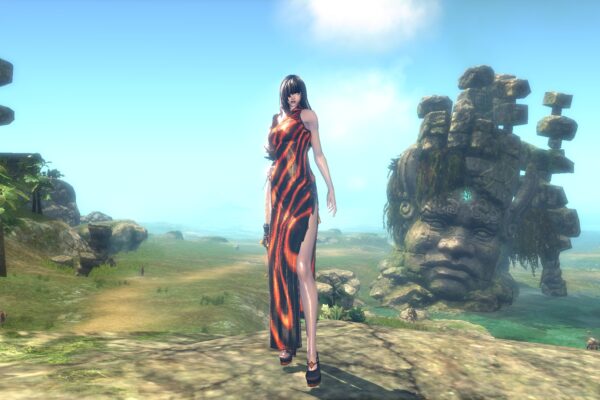 The Red Specter is a glamorous outfit with special fire effects. This costume can be easily purchased in Jadestone Village but for that, you need to farm the exquisite currency. Find out about what do you have to do to get the Red Specter.

To get this costume you need to perform a series of tasks, including intensive farming in the Sentinel Coast. Follow the steps below. 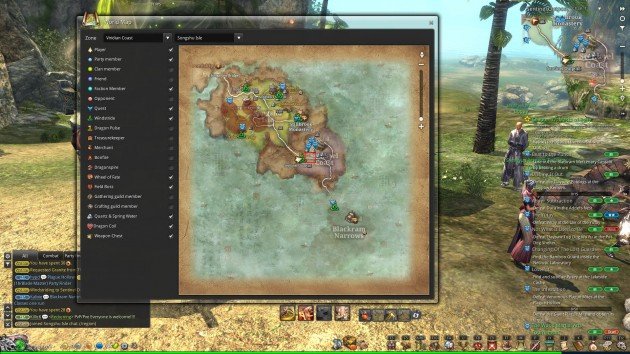 1. Go to the Sentinel Coast

2. Head East of the Sentinel Outpost

Don’t forget to bring and equip your Bamboo Guard costume with you or the next steps won’t work. Head east of the Sentinel Outpost until you see three rocks, that’s the spot you want to stay during your farming.

I found this spot just outside the outpost. It’s exactly located in the middle of three rocks, as stated before. Two Blackram Troppers will spawn around every 15 seconds and there are also two more enemies nearby. It’s the perfect spot to farm, since you can easily kill ten of them and enrage the boss in no time. You can kill any type of Blackram soldiers but you must remain in this zone or Gwon won’t appear.

Once you’ve killed ten Blackram soldiers, Captain Gwon and two mages will show up. Kill him to get Blackram Insignia. You don’t have to kill the mages but since they won’t disappear even after killing Gwon, I recommend you to kill them first. They do a lot of damage too if you’re low level.

Now, all you have to do is to keep farming by repeating this tactic 20 times. Each chest contains two Blackram Insignias and you need 40 of them to purchase the costume. So, you have to defeat Gwon 20 times exactly. You’ll need around one to two hours to do this, depending on your level and gear. 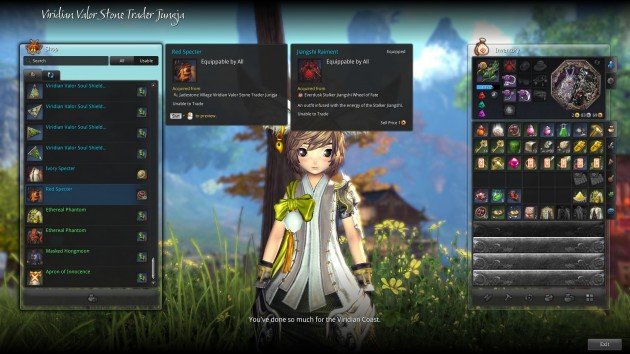 Finally, go to Jadestone Village and find Viridian Valor Stone Trader Jungja. He’s near the fast travel location just besides the mission board. You can now purchase your Red Specter costume with the 40 Blackram Insiginas you’ve farmed.

Check the full preview with both genres and all races. 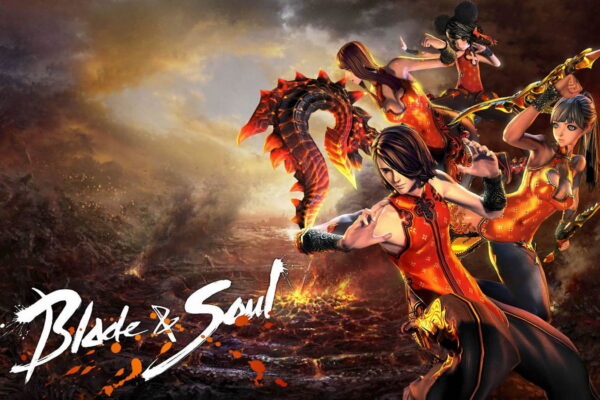 Raptor’s Rise is a small village located in a floating island near Yahara’s Mirage in The Scorching Sands. Getting there might seem confusing, since you need several steps before you can access this place. Learn how to do it in the easiest way.

Upon finishing chapter 30 of the storyline, you’ll have to go to Raptor’s Rise to unlock your next assignment. But how to get there? There are tons of huge rocks around and this place seems pretty high in the sky. If you explore a bit, you’ll discover that there are several ways to access this small town but there’s the easiest and fastest way to do it. 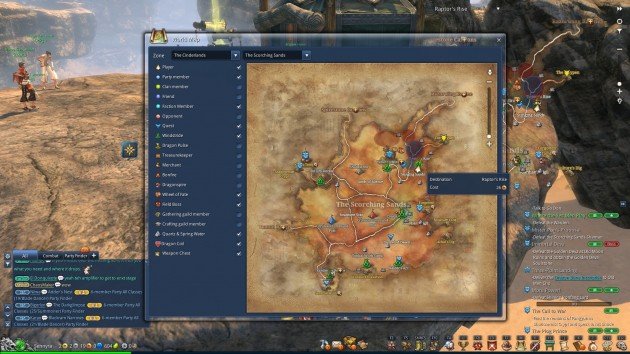 Start by heading towards the yellow mark in your map if you have the main quest, if not just head east of Yahara’s Mirage. You’ll realize you can’t access your destination by foot though. 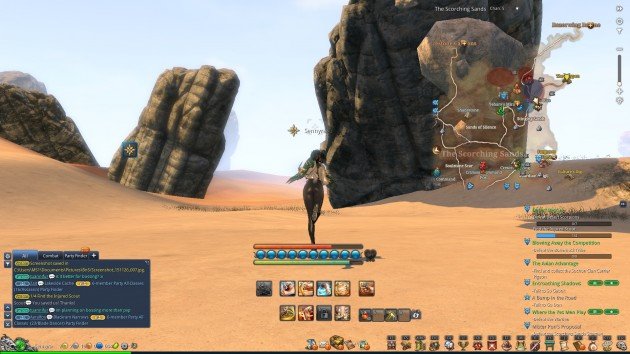 2. Run Into the Giant Rock in Front

Keep running forward towards the huge rock there. There’s another way to the right but that option takes more jumps and more time to do. Note that the access is on the very back, so you need to walk a bit. 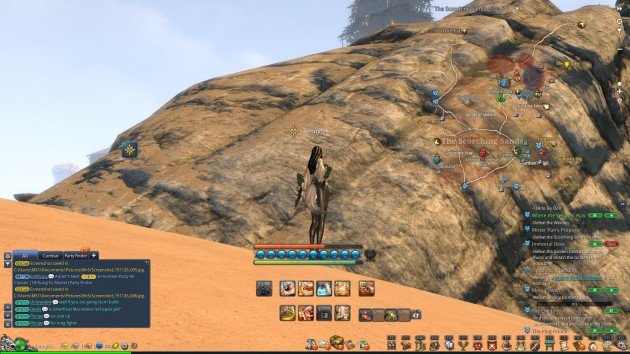 After being on top of the rock, keep moving forward until you reach the edge. Then, walk backwards around two seconds. Prepare yourself to do a quick and precise jump. 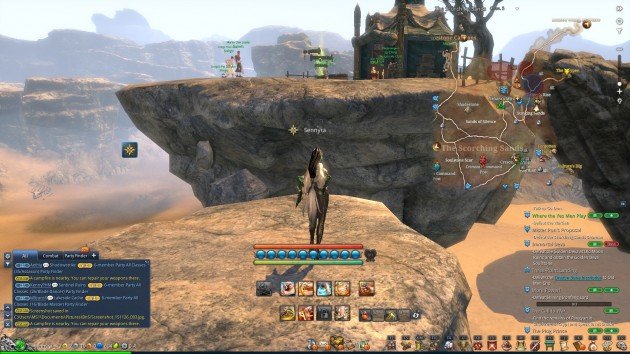 4. Jump to the Second Rock

Give yourself some space and start running forward towards the middle of the second rock, do a sprint-jump with SHIFT to enable the floating jump. Use space to interrupt the move if necessary, you don’t want to fall down. 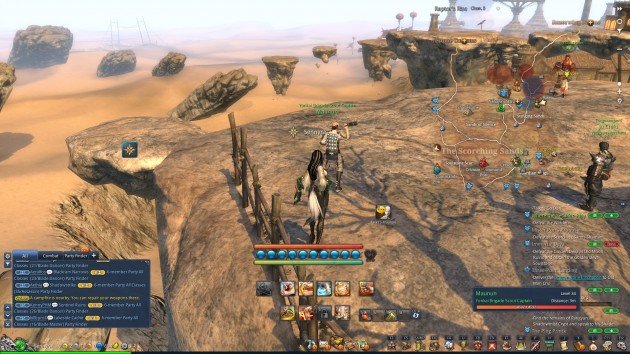 Now, do the same thing. Create some space to run and sprint. Start by going back a bit, then enable the floating jump to access the village’s island. As you land, you’ll see the other alternative access, which is way longer and complicated.