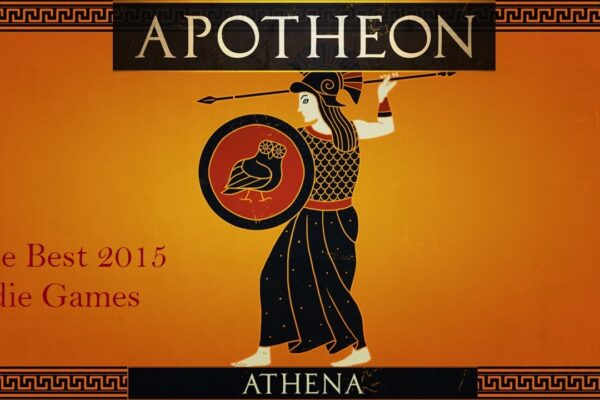 The indie gaming industry develops each year, resulting in more great releases for us to enjoy. 2015 was a remarkable year for indie games. It is also said as “A Year Of Hard Quirk” by Forbes. Moreover, the indie games show clearly that a small workforce doesn’t have to be put aside in the gaming sector by putting the largest influence on the gaming industry with the least expense. In addition, sometimes keeping minimal can yield the most basic, interesting, and enjoyable gaming experiences. The best 2015 indie games are listed below:

Axiom Verge is a 2015 action-adventure video game. It was developed and published by American indie developer Thomas Happ over five years. It was first launched in March 2015 for PS4 on June 10 and Microsoft Windows, OSX, and Linux in May 2015.

Toby Fox developed and released Undertale. One of the 2015 indie games, Undertale, is a single-player and role-playing video game published on Microsoft Windows and OSX on September 15, 2015. In July 2016, it was also released for Linux, August 2017 for PS4, September 2018 for Nintendo Switch, and March 2021 for Xbox One.

4. Ori and the blind forest

Ori and the blind forest: it is an action-adventure video game by Moon studio and developed by Microsoft studio. On March 11, 2015, it was published for Xbox One and Microsoft windows. It was nominated for various categories in The Game Awards 2015 and won the Xbox Game of the Year, Best Art Direction.

Frictional Games released SOMA on September 22, 2015. It is a single-player and action-adventure horror game published on September 22, 2015, for PS4, Microsoft Windows, OS X, and Linux. Within the first ten days of its release, this survival horror storyline sold approximately 100,000 copies.

Downwell is a platform and vertically scrolling shooter video game. It was developed by Ojiro Fumoto and published by Devolver Digital. On October 15, 2015, it was released for iOS and Microsoft Windows, Android in January 2016, and in May 2106 for PS4 and PS Vita. It was listed in best 2015 Indie games and got positive reviews worldwide for its fascinating game modes and roguelike features.

8. Crypt of the NecroDancer

Dropsy is an of the 2015 indie games developed by US-based indie developer Tendershoot and indie development studio A Jolly Corpse and published by Devolver Digital. This single-player adventure video game was released on September 10, 2015, for Microsoft Windows, OS X, and Linux.

Prison Architect is a prison simulation video game developed and released by Introversion Software. On October 6, 2015, it was launched for PS4, Microsoft Windows, Linux, Xbox One and 360, iOS, Android, and Nintendo Switch.

Klei Entertainment’s Invisible, Inc. is a turn-based mystery video game with roguelike features produced by a Canadian independent studio. The full version of this single-player game was released on May 12, 2015, for Windows, OS X, and Linux. Moreover, for PS4, it was published on April 19, 2016, while in October 2016, it was released for iOS devices.

12. Keep Talking, And Nobody Explodes

developed and published by Canadian studio Steel Crate Games, Keep Talking And Nobody Explodes, a puzzle video game. It was released on October 8, 2015, for Microsoft Windows and OS X on December 14, 2015.

Tabletop Simulator is a free video game that offers people to play and build tabletop games in a physics simulation. Developed by Berserk Games, released on June 5, 2015, for macOS, Linux, Microsoft, and Windows.

Developed and published by the American indie team Question, The Magic Circle is a single-player sandbox video game. It was launched on July 15, 2015, for Microsoft Windows, OS X, Linux, and PS4 on April 26, 2016.

Chaos Reborn is a single and multiplayer role-playing game developed and released by Snapshot Games on October 26, 2015. It was launched for Android, Microsoft Windows, Linux, Classic Mac OS consoles.

Developed and published by Life spark Entertainment, Rack N Ruin is an action-adventure shooter video game. On March 31, 2015, it was launched for Nintendo Switch, PS4, Microsoft Windows, Linux, macOS, and Xbox One.

Hoven, the Sages Spinal, is a role-playing, action-adventure indie game. It was developed by Colton Bone, Bradley Elam and released by Hoven Indie. It was launched for Microsoft Windows on August 31, 2015.

Her Story is a puzzle, adventure, and stimulated video game developed and published by Sam Barlow. It was released on June 24, 2015, for Microsoft Windows, Mac OS X, iOS, and the following year for Android. It is one of the best 2015 indie games and was awarded Best Narrative 2015.